There is a poem attributed to Mother Teresa with a line that reads “The most beautiful day: Today.”

Upon reflection on this line over the last month or so and having discussions about it, I’ve realized how every day is the best day of my life. Each day I’m gifted with new opportunities and challenges, experiences to help shape who I am, and chances to be awesome. This last weekend I visited Morocco. I can’t summarize the trip in one word, but I can summarize it (more or less) in 10 reasons why this weekend was the best weekend of my life.

10 REASONS THIS WAS THE BEST WEEKEND OF MY LIFE

1. I spent over 48 hours on another continent.

2. My taste buds were exposed to new flavors as I sampled different Moroccan foods, including couscous, tagine (which is a kind of stew),  Moroccan tea (a green tea with mint leaves–I never tried any without sugar, but it tastes very good with medium sugar), and a variety of breakfast pastries, many of them with almond flavors.

3. I rode a dromedary, which is the camel species with only one hump.

4. Since Morocco is a Muslim country, I observed Muslim practices, such as hearing 6 am prayer calls, seeing mosques and learning about their location within the city, and seeing people dressed traditional Islam clothing. 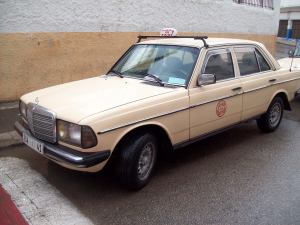 7. Even though I’m far from home, I saw plenty of cows, including some Holsteins. I also saw some donkeys, goats, and a few sheep. There usually is more sheep but the Muslims just celebrated the Sacrifice of the Sheep in which over 5 million sheep were slaughter. The festival commemorates Abraham’s willingness to sacrifice his son for God. Because of Abraham’s obedience, God provided him with a lamb to sacrifice instead of his son.

8. I visited Chefchaouen, a city in the Rif mountains where Moors from Granada, Spain, took refuge after being exiled a long time ago. Almost all the walls in the city are painted with beautiful hues of blue. The blue represents water and life. 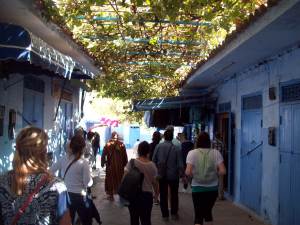 9. Morocco is pretty known for scarves, so we learned how to tie a scarf around our head. We also stopped in a shop where they hand-weave the scarves on looms in the shop.

10. I rode on a ferry across the Strait of Gibraltar. Since Spain and Morocco are so close, we also could see the Rock of Gibraltar from Morocco as we looked across the strait.